View the map for Diocese of New Jersey

About Diocese of New Jersey

We Have One Purpose: To form people as disciples of Jesus Christ so they can flourish as human beings, alleviate the world’s suffering, and participate in God’s mission of reconciliation.

The Diocese of New Jersey was founded in 1785, and is the second oldest diocese in the Episcopal Church, after the Diocese of Connecticut.

We elected our first bishop in 1815, the Right Reverend John Croes, who had been rector of Christ Church in New Brunswick prior to his election.

New Jersey ranks sixth out of 100 domestic dioceses in the Episcopal Church in the number of parishes. The diocese is 14th in number of baptized persons. The diocese originally covered the entire state; due to the growth of the church in the mid-1800s, the northern third was split off in 1874 to become the Diocese of Northern New Jersey, known today as the Diocese of Newark. The dividing line is the border between Essex and Union Counties, between Morris and Somerset Counties, and between Warren and Hunterdon Counties. The exception is the City of Summit, which was assigned to the Diocese of Newark, allegedly because of 19th-century train routes.

There are 144 congregations in this diocese, including seasonal, collegiate and institutional chapels. The oldest congregation in the diocese is Saint Peter’s Church in Perth Amboy, where services began in 1685. The oldest extant church building is St. Mary’s in Burlington, built in 1703 and enlarged several times. There are more than 15 colonial-era parishes in this diocese.  The Diocese has a reputation for broad ethnic, liturgical and socio-economic diversity.

Currently there is one retired bishop and 370 priests and deacons in the diocese, along with 55 clergy are “licensed to act.” The Right Reverend William (Chip) Stokes, our diocesan bishop, was elected in May 2013 and consecrated in November 2013. He is the twelfth diocesan bishop of New Jersey.

More information about the history of the diocese can be found in our Archives.

Featured Stories From Around the Diocese of New Jersey 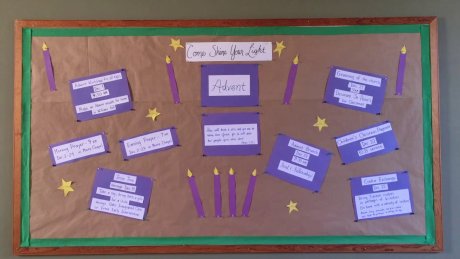 The Little Church on the Hill

Executive Assistant to the Bishop
mrhoads@dioceseofnj.org

Canon to the Ordinary
BJemmott@dioceseofnj.org