View the map for Diocese of Los Angeles

About Diocese of Los Angeles

The Episcopal Diocese of Los Angeles lives out God’s mission as a Christian community uniting some 65,000 Episcopalians in 136 neighborhood congregations and mission centers, some 40 schools and 15 other specialized service institutions located in six Southern California counties. Los Angeles is historically one of the five most populous and culturally diverse of the Episcopal Church's 110 dioceses overall.

The Diocese of Los Angeles is led by its Bishop Diocesan, the Right Rev. John Harvey Taylor, elected bishop coadjutor in 2016. He is assisted by a Bishop Suffragan, the Rt. Rev. Diane Jardine Bruce, ordained to the episcopate in 2010. Bishop Taylor has called the diocese to ministry under the theme "Feeding Hungry Hearts." Bishops Taylor and Bruce are assisted by the diocese's Canon to the Ordinary, the Rev. Canon Melissa McCarthy.

The Diocese was formed in 1895 by action of the Episcopal Church’s General Convention; the first convention of the new Diocese was held May 26, 1896, in Los Angeles. The first parish, St. Athanasius, started in 1864 and now located at the Cathedral Center of St. Paul, in 2014-15 marked its 150th year as the oldest continuing Protestant house of worship in Southern California.

Featured Stories From Around the Diocese of Los Angeles 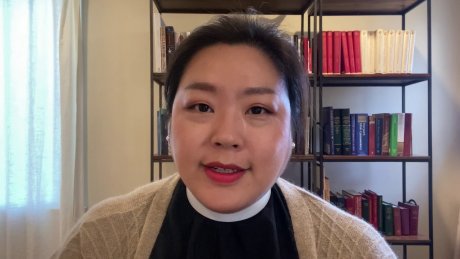 Welcome from our NEW RECTOR

Welcome from our new Rector - The Rev. Yein E. Kim

Emergency Assistance after the Sandalwood Fire in California